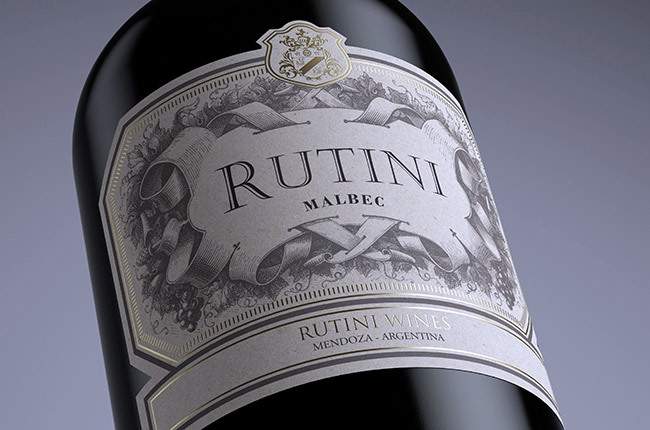 If one phrase could sum up the 131-year history of Rutini Wines in Argentina, it would be ‘quality alongside continuous innovation’.

From the time that Felipe Rutini arrived from Italy to the opening of our latest winery in Gualtallary in the Uco Valley, Rutini has constantly reimagined what Argentinian wine can be. And it all started with one man. Felipe Rutini was aged just 18 when he settled in Argentina. He came from Italy’s Marches region, where his family (not surprisingly) made wine, and where he studied at the School of Agriculture at Ascoli Piceno. But he saw in the New World and travelled to Mendoza, his La Rural winery in 1885. In 1910 he did something bold, and focused on making Argentina’s first wines. He needed the latest equipment, which he from Europe, and he needed wider markets. The land of Argentina was offering him all the opportunities he wanted, and he seized them with both hands.

However he died at the young age of 53, leaving a widow and seven children. But he left a legacy to the whole of Argentina, as well as to his family: he was a visionary who saw a great future for Argentinian wine. His family took inspiration from him and expanded the business, notably planting the very first vines in Tupungato. Tupungato is today one of the most famous wine regions in Argentina, and it was founded by Rutini.

The family tradition of focusing on quality paid off. In the 1980s the Argentinian industry concentrated on volume – and Argentinians drank nearly 90 litres of wine per head per year. So in the 1990s Rutini began to look at foreign markets, while being aware that competing with the best the world had to offer meant no let-up in the pace of innovation. Rutini now has estates in three amazing landscapes in the Uco Valley: Altamira, Gualtallary and La Consulta, and each brings its own unique qualities to the wines. Tupungato is the highest, ranging from 1,000m to 1,500m. To plant that high in 1925 showed considerable foresight. Here are grown whites such as Chardonnay, Sauvignon Blanc and Torrontés as well as Pinot Noir, Cabernet Sauvignon and others. La Consulta is further south and even cooler, and grows the companies oldest Malbec, 80 years old, that ripens late and gives intense flavours. Even further south and closer to the mountains is Altamira, planted to reds and whites: tannins ripen well here.

But innovation isn’t just about planting vineyards; it’s also about winemaking. In the 1990s the historical winery at Maipú was completely renovated within its 19th-century walls. In 2008 Rutini embarked on an even more ambitious project: on the foothills of the Andes, and surrounded by its best vineyards in Tupungato, a brand-new, state-of-the-art winery was contracted.

This is a good time to introduce Rutini’s head winemaker, Mariano di Paola. He’s been with the company since 1994, and has more than 30 years of experience making wine. He used to be a professor at Don Bosco University, and is very dynamic and enthusiastic. He was recognised by Decanter in 2015 as one of the top 30 winemakers in the world, as voted for by his peers. So when he planned the new winery he wanted to enable still greater quality, following Rutini’s tradition of innovation. The winery has an optical grape selector – the first one in Argentina. It has roto French oak fermenters, conical stainless concrete eggs and unique diamond-shaped tanks, and patented by Di Paola himself. In all there different kinds of fermentation tanks. Each lot express itself, giving Di Paola the best possible wines at all levels. ‘We think of Mariano as being three pillars that make Rutini what it is today,’ says Alejandro Bofill, CEO of Rutini. ‘The other two are tradition and quality. If we haven’t mentioned marketing it’s because marketing has never been a strategy of ours; instead it’s just a tool to help us.’

So how are the wines? For the every day wine, when you want elegance and flavour, there is the Trumpeter range of red and white varietals, plus Trumpeter Reserve, which has a touch of French oak. The Encuentro range – the word means ‘encounter’ or ‘meeting’, and such encounters of friends, meeting to share good wine and good conversation, are vital to Argentinian life – combines grape varieties and regions in often surprising ways. There is also a range of varietal wines under this label, and a top Reserve blend.

The super-premium Colección Rutini is thier flagship: it consists of red and white varietals and blends of two grapes. The ultra-premium Antología and Apartado were both launched in 1997. Antología is an exclusive limited-edition wine, represented by Roman numerals. Di Paola analyses each vintage for the most surprising and outstanding plots. This enables him to select the top-quality wines of each harvest. Apartado is a range of three wines: Grand Blend, Grand Malbec and Grand Chardonnay. They show the true richness of the vineyards in the Uco Valley. It’s a real head-turner; subtly combining the best Rutini has to offer. Then there is the icon wine, Felipe Rutini; which, according to Diego Bigongiari of the Austral Spectator guide, is one of the top 50 wines in South America, and one of the most prestigious brands in Argentina.